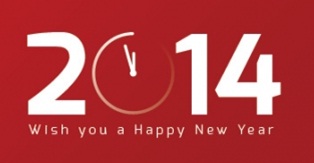 Dear friend,
All of us at CUTS Centre for Consumer Action, Research & Training (CUTS CART), Jaipur wish you a Happy New Year! May this year add new happiness, achievements and inspirations in your life! May this year be successful for you as the previous one has been for us.

In 2013, while our work on the issues of governance, consumer empowerment and sustainable development created a number of positive outcomes in the countries of operation. All the while, we maintained the high level of transparency and accountability that has made the reputation of CUTS.

We look forward to our continuing collaboration in 2014. In the meantime, we are happy to share with you our top five interventions that have made 2013 a success for us!

The tools and approaches of Social Accountability need expansion in its use for improved transparency, accountability and public expenditure outcomes in the countries of developing world. Being a resource organization, CUTS continue to play a prominent role of mentor among the countries of South Asia, East Asia and Africa. It continue to anchor the regional community of practice (CoP) on social accountability (Accountability Solutions) for south Asia and building capacity of representatives of government and civil society organizations mainly from the South Asian countries. In this journey, CUTS became one of the global partners of Global Partnership for Social Accountability (GPSA) of the World Bank and a member of Roster of Experts of GPSA.

In a continued partnership with Partnership for Transparency Fund (PTF), CUTS built a cadre of organizations equipped with adequate knowledge and capacity to utilize ‘Right to Information’ for reforming the processes of rural development schemes and ensuring transparency.

The independent evaluation report mentions that the level of awareness about entitlements under MGNREGS has increased significantly. Almost all the people in selected blocks were completely aware of the MGNREGS and its facilities. The demand for job has also increased. An overwhelming majority of participants are aware of RTI Act, 2005 and on an average one RTI is filed every month. It also mentions that total 128 community activists, proactive citizens and CGCCs worked together as watchdog of the scheme which shows the mass mobilisation of local communities in the targeted areas.

CUTS intervened to improve the services of the Jaipur Municipal Corporation by emphasising the importance of local government and strengthen the roots of local self-governance by taking power to the people in the spirit of 74th constitutional amendment in partnership with The Asia Foundation. The intervention could achieve several outcomes including enhanced level of awareness and civic sense among citizens, engagement of service providers/ elected representatives resulting in to improved services and resolved grievances and vigilant media. The project also built the capacity of local CBOs and CAGs who continued working as a linkage between citizens and service providers. Building on the success of the phase I of the intervention, it had moved to the second phase.

STATE OF THE INDIAN CONSUMER

CUTS produced State of Indian Consumer Report 2012 which highlighted level of awareness, use of the Consumer Rights given to Indian citizens under act on the occasion of 25 years of Consumer Protection Act 1986. The study was conducted in 19 states and 3 Union Territories in partnership with Dept. of Consumer Affairs, Government of India. The report proved to be an eye opener as to how much we, as conscious consumers, are aware of our rights and to what extent we exercise our rights.

A total of 11,499 (53 percent male & 47 percent female) consumers were surveyed following a stratified multi-stage sampling approach covering 88 districts, spread across 19 states and 3 union territories of India. In addition, 385 qualitative samples were collected through personal interactions with consumer organisations, redress bodies and government departments/ agencies. During the year, the Dept. of Consumer Affairs accepted the key findings of the study as the official data of the Dept.

Recognizing the long history of contributions and endeavours of CUTS for the welfare and protection of consumers across the world, American Council on Consumer Interests (ACCI) honoured Mr George Cheriyan, Director, CUTS & Head, CUTS CART with The Rhoda Karpatkin Consumer International Award in 2013.