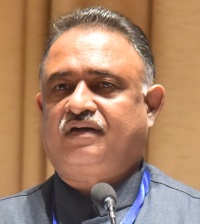 George Cheriyan, Director, CUTS International & Head CUTS Centre for Consumer Action, Research & Training (CUTS CART)
George joined CUTS in 2003. He has around 37 years of experience in development sector and around 18 years’ experience, specifically on consumer education and protection work, focused work in the area of food safety. Proven experience in administration, advocacy, public relations, liaison with Government and NGO networking. Very good communicator and has excellent writing skills. George is having the exposure from traveling in 36 countries and has experience of consulting for bilateral and multilateral agencies on governance and accountability issues, other than India, in Nepal, Sri Lanka, Bangladesh, Cambodia, Vietnam, Uganda, Kenya, Egypt and Yemen.

George is a member of Global Think Tank Group on Sustainable Consumption hosted by Swedish Society for Nature Conservation (SSNC), Stockholm, since 2017. George represented CUTS in the Council of Consumers International (CI), a global voice of consumers, headquartered in London during 2015-19. George is also a member of Roster of Experts of Global Partnership for Social Accountability (GPSA) of the World Bank, Washington DC, since 2014.

George received the prestigious Rhoda Karpatkin International Consumer Award for 2013 for significant contributions to the welfare of consumers on the international stage as an internationally renowned consumer leader, in the annual conference of American Council on Consumer Interests (ACCI) held in Portland, Oregon, USA during April 11-12, 2013. The award can be seen at: https://cuts-cart.org/pdf/Rhoda_Karpatkin_International_Award.pdf

George received the ‘Rajasthan Swachh Award 2016’ from Chief Minister of Rajasthan for the work in the area of urban governance.

He has published a number of articles in leading national news dailies, news magazines, journals, periodicals etc. and edited books.

Deepak Saxena, Associate Director & Deputy Head, CART is a law graduate with an additional Post Graduate Diploma in Personnel Management and Industrial Relations. Has been associated with CUTS for over 30 years now. He has been instrumental in implementing various projects at grass root level, networking, advocacy and capacity building in almost all the districts of Rajasthan. At present he is responsible for projects on sustainable consumption and lifestyle in the state apart from shouldering responsibilities on financial consumer protection, road safety and related work.

Madhu Sudan Sharma, Senior Programme Officer is a research professional and has earned double masters’ in Anthropology and Sociology after graduated in biology. After acquiring 8 years of work experience in social sector and serving as a ‘Research Fellow’ for Indian Council of Medical Research, he is associated as a Senior Project Coordinator with the centre to work under good governance programmatic area especially responsible for Access to Information related projects. He is also involved in various other activites of the centre. 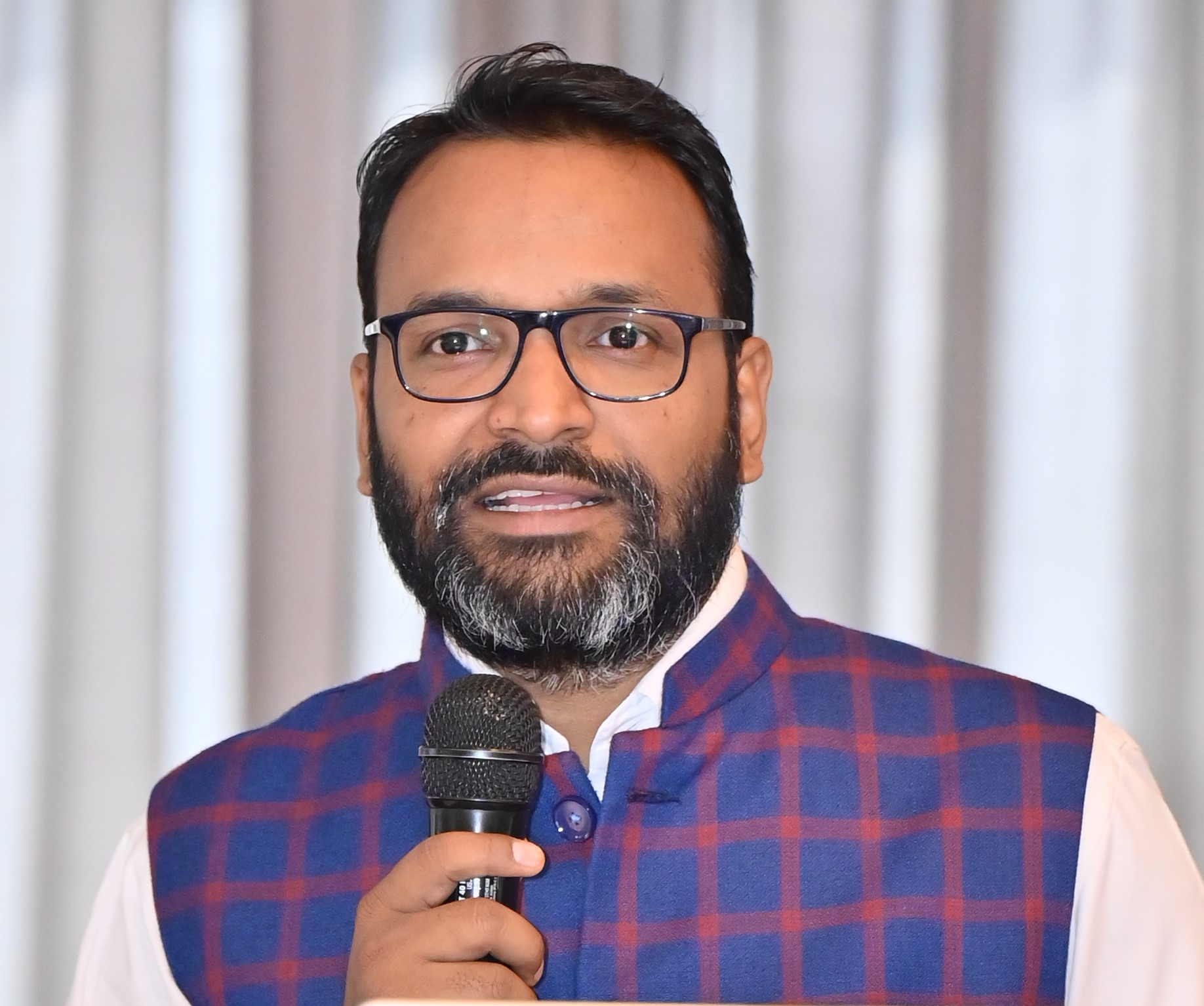 Amar Deep Singh, Senior Programme Officer has more than 14 years of work experience on various sector including governance, consumer protection and sustainable development, health etc. He has master degree in English Literature and Management. He is associated with CUTS International since July 2008 and his current designation is Senior Programme Officer. He is leading the urban governance and sustainable development interventions of the organisation. He is coordinating research and advocacy based projects, conducting training and representing organisation within and outside country on various sectors.

Dharmendra Chaturvedi, Programme Officer is a post graduate in Buisiness Management and graduate in Commerce from University of Rajasthan He possesses quality understanding and substantial experience in various development areas dealt at the centre. To foster the holistic development at the grassroots, he acquires appropriate approaches and adequate skills in monitoring community-based programmes and its management. He possesses the experience of around two decades and his strength lies in networking. 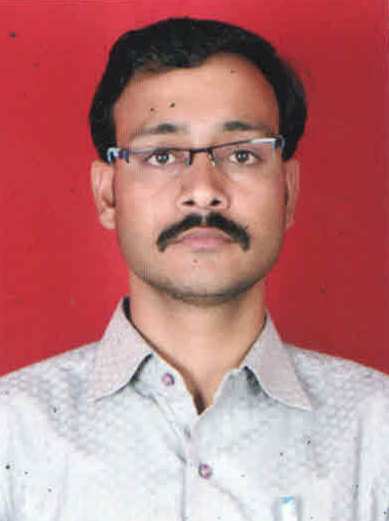 Rajdeep Pareek, Programme Officer is a agriculture graduate having experience of More than seven years in various sector including agriculture and animal husbandry and its allied sectors. He has also experience of more than three years as a Farm Tele Advisor in Kisan Call Center at Toll-free number 18001801551 Dept. of Agriculture, Govt. of India. Presently associated with CUTS as Project officer and is involved in implementation of Pro Organic project at grass root level of the project area. 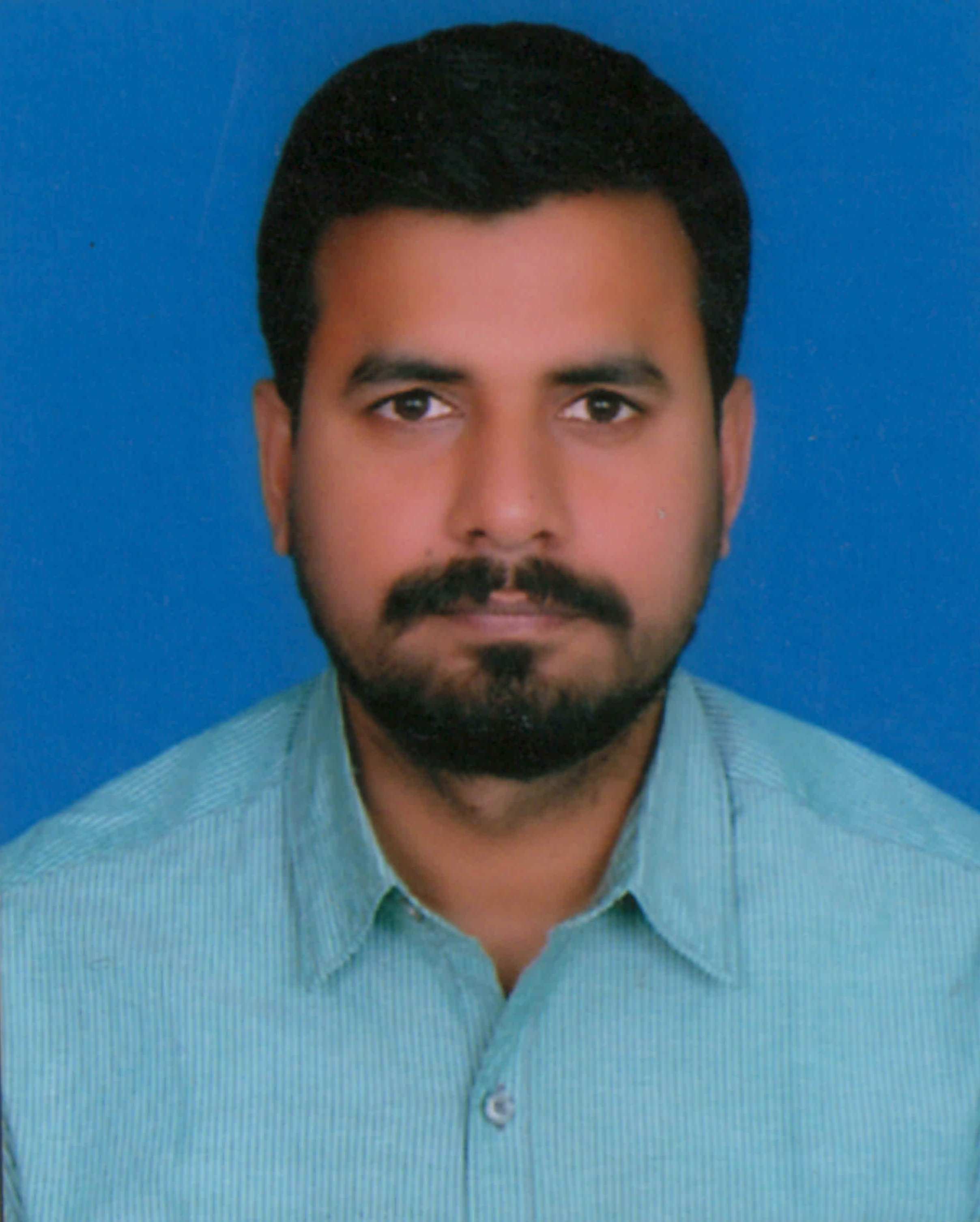 Satyapal Singh, Programme Officer is a post graduate and UGC-NET qualified in Social Work. He has a work experience of around 2 years in the social development sector. He possess a working experience as an Intern in Narmada Bachao Andolan(NBA) Dhadgaon, Maharashtra, Urmul Setu Sansthan, Lunkarsar and Shri Dungargarh, Bikarner, and Pahel, Jaipur. During these internships, he was associated with various social issues on health, education, resettlement, rehabilitation, child rights, financial and social inclusion. He has also conducted various research studies on social vulnerability of migrant laborers, social and economic background of mine workers, child marriage, and fluorosis. 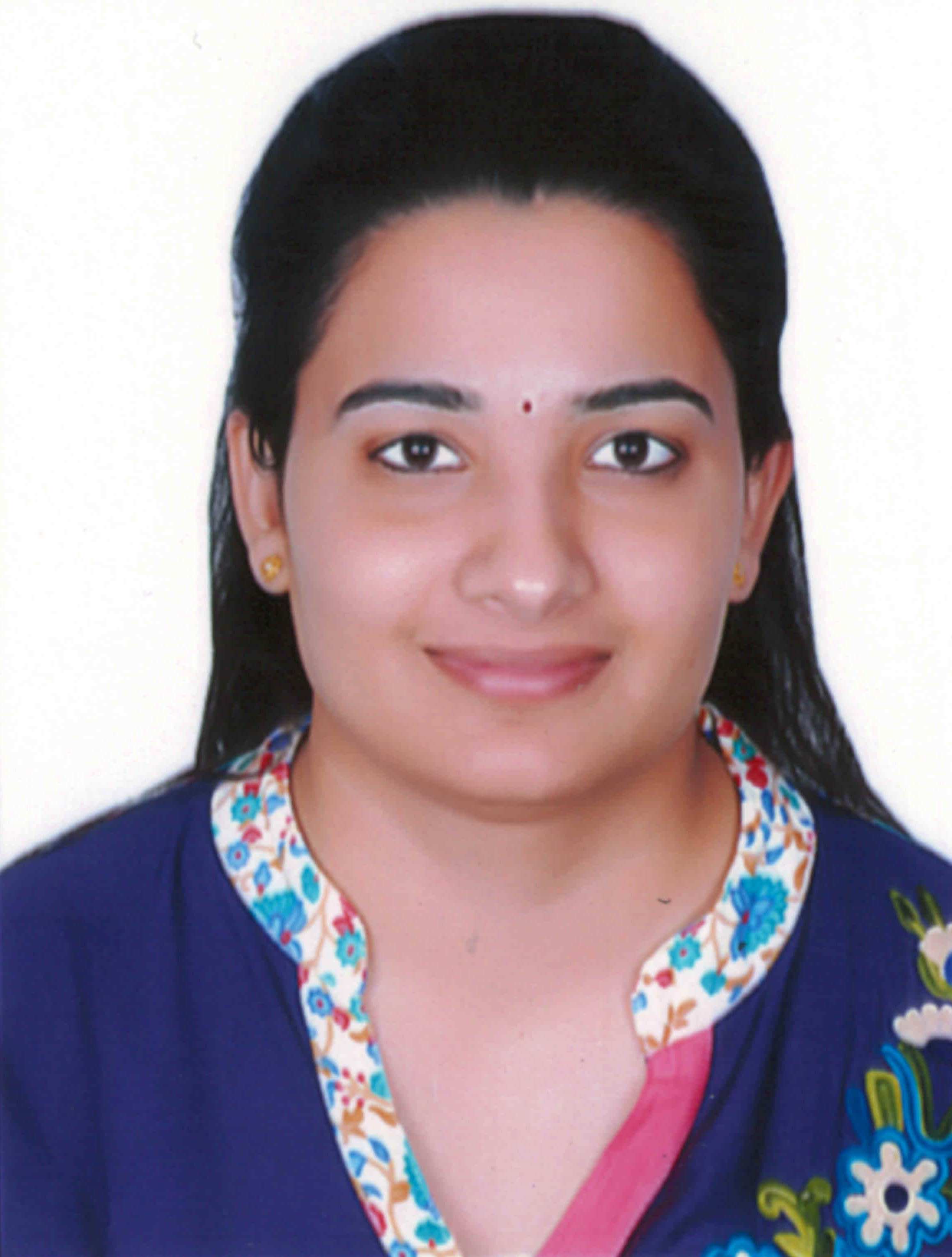 Nimisha Gaur, Programme Officer is a graduate in Arts and postgraduate in Social Work with an additional qualification of Post Graduate Diploma in Rural Development (PGDRD). She has more than seven years of experience in programme planning, monitoring & evaluation, capacity building, management and developing projects/programmes. She has been associated with CUTS International since December 2016. She has a strong track record of working with the Government of Rajasthan and other non-profit organisations. She has been instrumental in implementing policies, training and advocacy at grassroots. 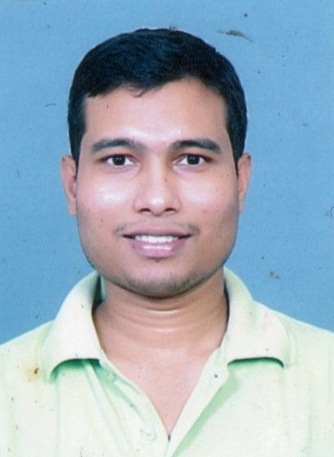 Amit Babu, Programme Associate has graduated from Tata Institute of Social Science (TISS) with a Master’s in Public Policy and Governance. He also pursued his legal training from Dr. Ram Manohar Lohia National Law university, Lucknow where he has completed his bachelor’s in Law.

Prior to joining CUTS International, he worked with the National Center for Advocacy Studies, Pune as a Programme Officer where his responsibilities includes research on socio-economic and political policy issues, with a special focus on health, education, nutrition and climate change. His area of interest lies in the study of urban governance, policy analysis, and human rights. 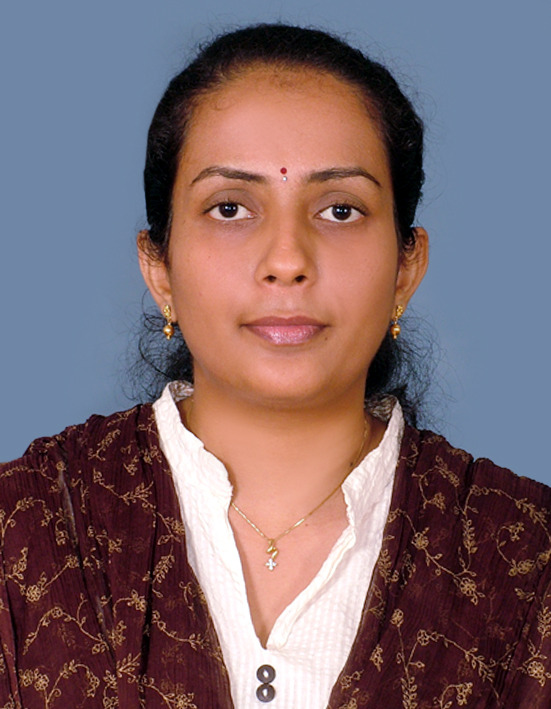 Simi T B, Assistant Policy Analyst is a post-graduate in law from Cochin University of Science and Technology, Kerala with specialisation in Environment Law and Consumer Law. Since December 2004, Simi is working with CUTS. Her research area is sustainable development issues, with a focus on consumer empowerment. At present, she is responsible for projects on sustainable consumption apart from shouldering responsibilities on food safety and standards, consumer protection, road safety and other related research writing works. 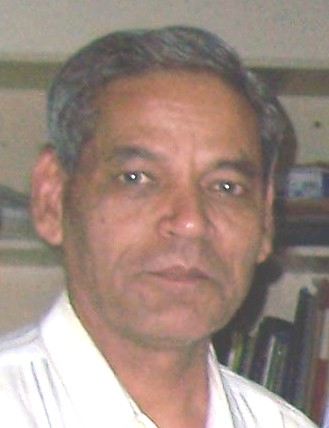 Badri Narayan Sharma, Consultant is post graduate in commerce and one among the staffs at the center continuing for more than 20 years. He mainly looks after various publications in Hindi like Gram Gadar, Panchava Stambh and several others at the centre. He also contributes to the other programmatic areas of consumer education and protection and sustainable development. 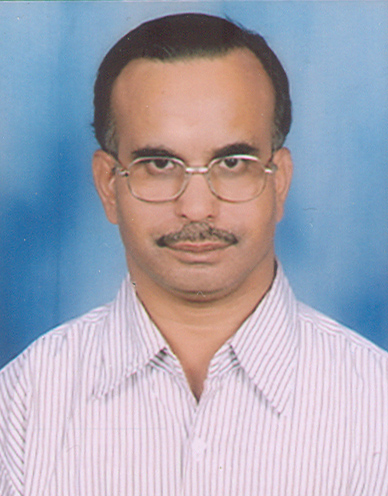 Arawat Kumar Thalia, Communications Assistant is a post graduate in commerce and associated with the centre for last seven years as office assistant. He possesses experience of nearly 14 years in the area of office administration.