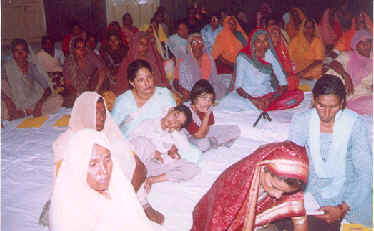 The theme of the event was `Role of Women in Ensuring Adequate Safe Drinking Water in the Rural Area’. The event was structured to have a plenary, followed by case study presentation on `Initiatives taken by women, especially Members of Panchayati Raj Institutions on providing safe drinking water in their respective areas’.

The case study presentation had a number of interesting cases being presented: two such cases are reproduced below: 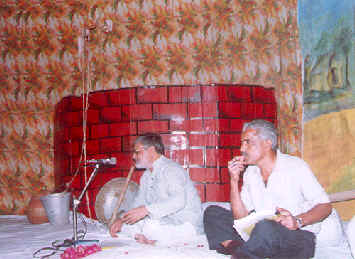 Shri C.P. Joshi, Minister for Policy Planning Shri R. K. Sharma of CUTS at the panel.
Shri. M. L. Mehta, Former Chief Secretary, Government of Rajasthan who chaired the session was very impressed with some of these cases and felt that such efforts needs to be multiplied. He felt that one odd her and one odd there would not really help to solve the problem of such huge magnitude. He also opined that a holistic approach needs to be followed in order to improve this situation. In his views, the root cause of problem is the increase in the rate of water usage in proportion to the rise in population. Hence, water should be used wisely minimizing the wastage. Hence, he felt that mere projects for drinking water alone will not help, but simultaneously, programmes aimed at minimising water usage should be implemented. These programmes could be focused for various target groups such as domestic, agriculture etc. Programmes aimed at minimising water usage in the agriculture sector should also focus on issues such as cropping patterns etc.