Under the chairmanship of Sumitra Singh, the second meeting of the Vidhayak Samvaad was held in the State Assembly premises on September 18, 2007. A total of 21 MLAs took active part in this meeting, in which they reviewed the suggestions that were put forward on the issues of water and electricity in the first meeting of April 2007, including the implementation aspects of those suggestions. 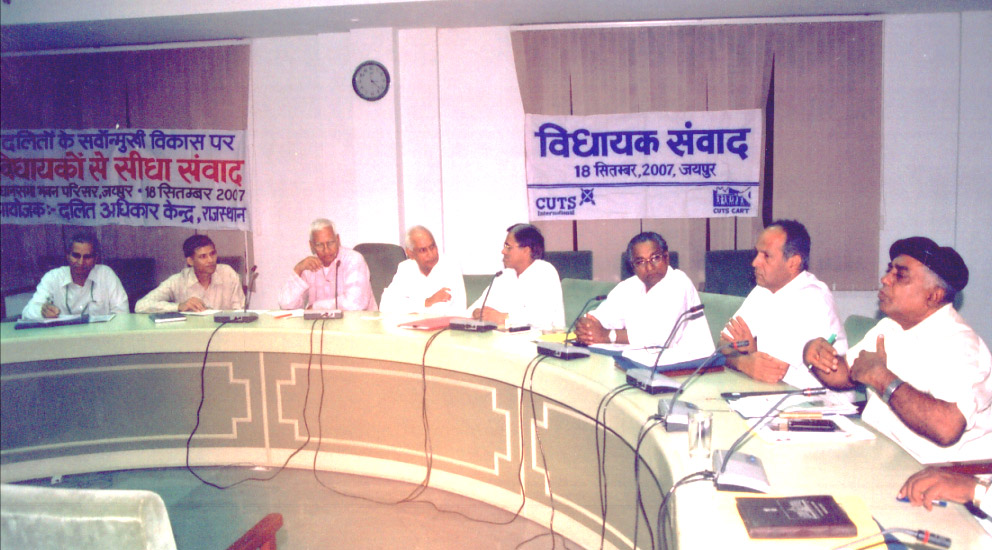