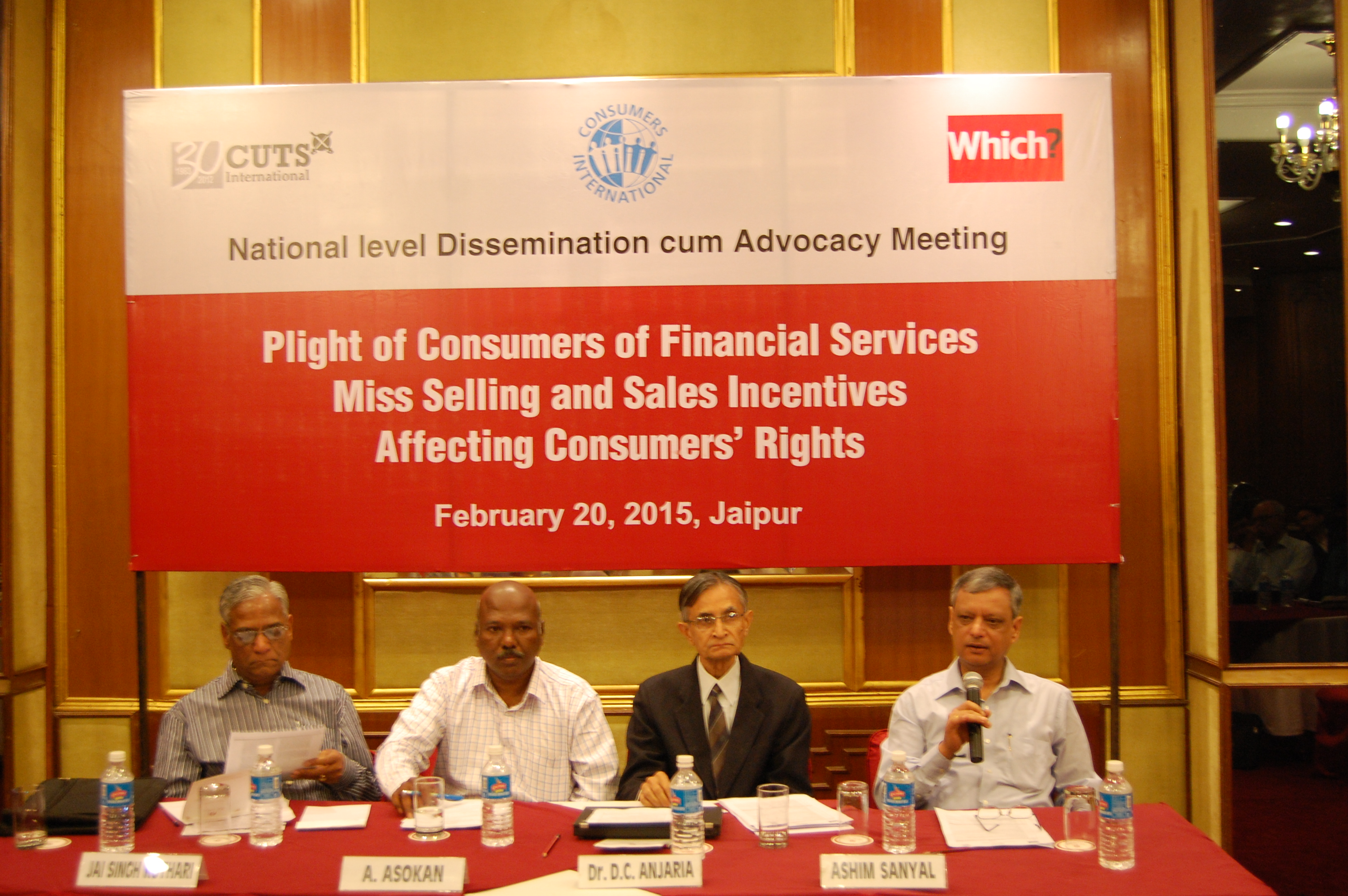 CUTS in partnership with Consumers International (CI) and Which? (UK) has implementing a project entitled “‘Plight of Consumers of Financial Services, with special focus on the issue of Mis-selling and Financial Incentives in Indian Banks'”. The overall objective of the project is to promote appropriate eco-system for consumers to make right choices in their financial planning and to discourage incentive inspired mis-selling of third party products by front desk bank staff and agents. Under the project, CUTS conducted a study in five cities of India, Jaipur, Chennai, Kolkata, New Delhi and Mumbai, for the purpose of getting feedback from consumers, as well as from the front desk bank staff, responsible for selling various financial products’.

Mis-selling of products has been a serious issue in Indian financial system and that has led to fundamental flaws in the customer protection architecture and has created large welfare losses for customers.