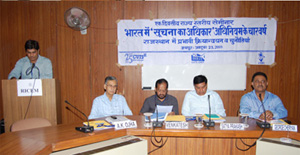 CUTS Centre for Consumer Action Research & Training (CART) in partnership with the Commonwealth Human Rights Initiative (CHRI), New Delhi is organizing one day seminar on ‘Four Years of RTI Act, 2005 in India: Challenges in effective implementation in Rajasthan’ on Friday, October 23, 2009 to give a common platform to RTI Activists, policy makers and RTI Act implementers to ponder upon with mutual consultations to draw a road map for effective implementation of this Act and submit it to state government for action. 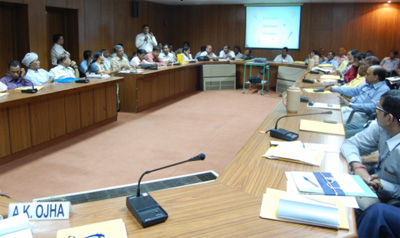 CUTS (Consumer Unity and Trust Society) International has been actively working in the area of good governance with the aim of reforming the service delivery & decision making processes of government departments and enhancing the transparency and accountability in those processes with evidence based research in turn to improve the public expenditure outcomes, strong advocacy to policy makers through its wide networking and civic engagement, in the state of Rajasthan, India.

It is a fact that the ‘Right to Information (RTI) Act, came in to effect on October 12, 2005, generated a lot of hope in common man to use it as a tool for obtaining their basic entitlements and demand for accountability from service providers but last four years of its implementation is really a heart breaking experience because of various root causes and effects. In Rajasthan from where the whole movement of RTI began, the office of State Information Commission, which started in April, 2006 with one SIC is still with same one and lack of infrastructure, has to be strengthened, More and more APIOs/PIOs shall be designated, useful proactive disclosure, response capacity of service providers in terms of RTI Act, and awareness about the RTI Application filing process in rural masses has to increased. So Challenges are numerous and one of the good ways to meet this challenge is to replicate the good practices, practiced in the other parts/states of the country as well so keeping that thing in mind.

The venue of the workshop is Conference Hall, Rajasthan state Institute of Cooperative Education and Management (RICEM), Jhalana Institutional Area, Jaipur, Rajasthan. Phone No. Is 0141-2710072. The workshop will begin at 10.00 am with registration and tea and conclude at 1.30 pm with lunch. Govt. officials, RTI activists, representatives of NGOs working on ‘access to information’, media representatives etc. are expected to attend the meeting.