The Central Vigilance Commission has announced that the ‘Vigilance Awareness Week’ would be observed from 31st Oct to 6th November, coinciding with the birthday of Sardar Vallabhbhai Patel, who has been a major influence in establishing the administrative structure in India.Taking this opportunity, Consumer Unity & Trust Society (CUTS) organised an Anti-Corruption Programme on the 3rd of November 2001 in a bid to create awareness amongst the masses, particularly school children about corrupt practices and to generate a mass movement to combat corruption at all levels. Hence, on this occasion a drawing and an essay competition with corruption as the main theme were organised.

The highlight of the event was the releasing a research report on corruption titled ‘Bhrashtachar – Ek Drishti’ .
Programme 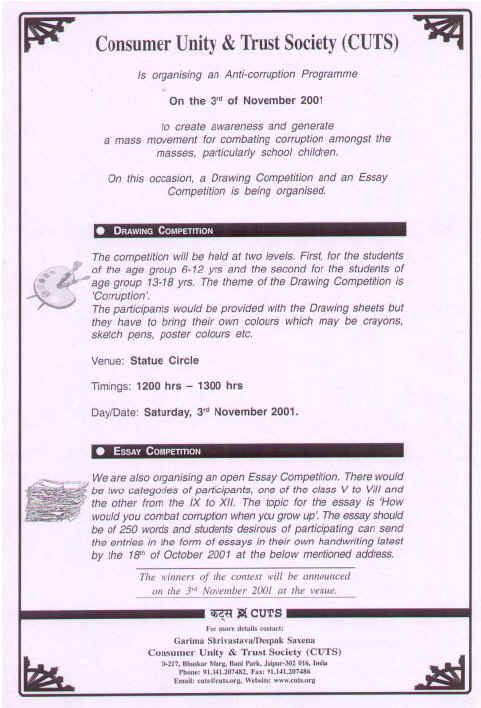